MP attends opening of Garden of Remembrance at House of Commons 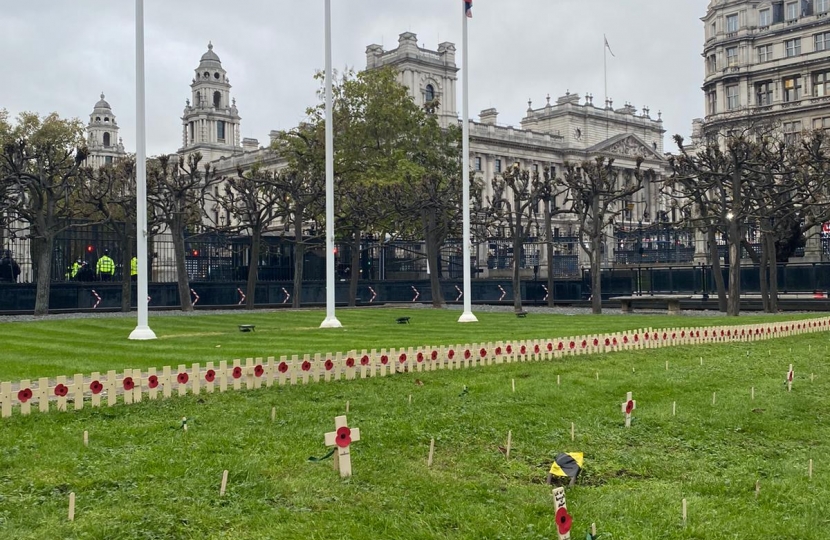 Mark Spencer, Member of Parliament for Sherwood, attended the opening of the Constituency Garden of Remembrance in New Palace Yard of the Palace of Westminster.

The Garden of Remembrance was opened by the Speaker of the House of Commons, Rt. Hon. Sir Lindsay Hoyle MP on Monday 8th November, in advance of Armistice Day and Remembrance Sunday.

Members of Parliament were then invited to plant their own tribute throughout the week.

Speaking after the inaugural service, Mark Spencer, Member of Parliament for Sherwood said that:

“It was a great honour to be invited by the Speaker of the House of Commons to attend the opening of the Constituency Garden of Remembrance.

“Having attended many Remembrance Sunday services in my eleven years as a Member of Parliament, I have heard so many stories from those who have served and their families. Remembrance time is such an important time across the country and it is right that here in the heart of our democracy, that we come together as colleagues to honour our armed forces and those who have served.”

“I would like to take this opportunity to thank our Armed Forces for their incredible work and dedication to our country. I would especially like to mention Operation Pitting and the evacuations from Afghanistan earlier this year. This year we all witnessed the herculean effort that took place to evacuate not only British Nationals, but those that worked alongside us during our time there. Without our Armed Forces hard work, this already distressing turn of events had the potential to have been even more tragic.  Our troops saved the lives of countless children and families - they have earnt a grateful nation’s continuing thanks and admiration.

“I have dedicated my tribute to the lives and memories of the people of Sherwood who have served in our Armed Forces.”