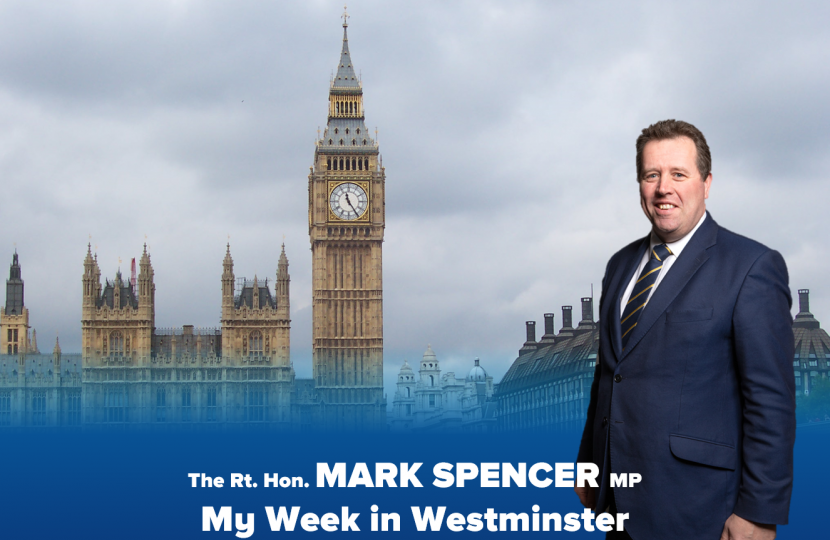 The House has returned from the Christmas Recess. It is great to be back in Westminster delivering on the people's priorities for Sherwood.

On Wednesday, the House met for the first time since before Christmas, and the Prime Minister addressed the Commons to deliver an update on Omicron. The Government has, rightly in my view, decided to continue with Plan B. There will be a review of these measures on 26th January. Over the Christmas and New Year period, we were able to massively increase our capacity to deliver Booster Vaccines, meaning that we have a much higher level of protection compared to previous waves. I agree with the Prime Minister that lockdowns are not cost free, they impact on our economy and our wellbeing as a nation. Keeping Plan B, whilst increasing booster delivery and protecting our national infrastructure means that we can slow the spread of the virus, whilst also delivering services for working people across England.

Following the Prime Minister's statement, we heard from the Education Secretary, Nadhim Zahawi, on the return to schools. I know how hard our teachers and school staff are working, and our schools have been incredibly affected by the spread of the Omicron variant. The Education Secretary announced the Government's scheme where former teachers can return to the classrooms to help where schools have issues with staff isolation. Even two of my Parliamentary colleagues will be returning to help out schools who are struggling. The Government have produced plans for a number of scenarios to help out schools who are suffering, including the ability to defer Ofsted inspections where schools are badly affected.

On Thursday, the House met to hear an update from Victoria Atkins about Afghan Resettlement. The Government will resettle up to 20,000 people under the scheme. The Minister made sure to stress that this is in addition to the Afghan relocation and assistance policy, which provides a route to safety for any current or former locally employed staff working with the UK Government.

While this week was a short week, the House will return on Monday for the first full sitting week of the new year.

My Week in Westminster

Each week, I will be summing up what the House of Commons has been up to, and how we have gone about delivering on the People's priorities.

You can find the latest edition of My Week in Westminster below.

Mark Spencer, Member of Parliament for Sherwood has sent his thanks to Nottinghamshire Police for cracking down on dangerous criminals through the use of proactive knife crime teams.